In 2014 the current NSW Premier, at the time the Minister for Transport, Gladys Berejiklian announced the six to seven-month closure of the Epping to Chatswood rail line in 2018-19 to deliver fully-automated rapid transit services for customers every four minutes.

Despite the temporary closure being more than 12 months away, the project team is starting work with the community now to get the interim transport arrangements right. 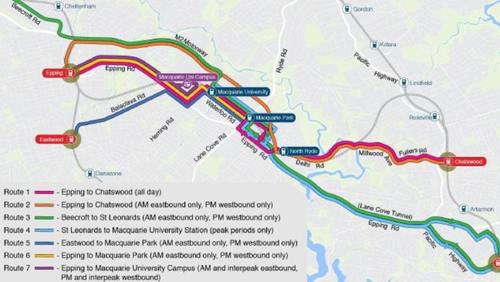 The five existing stations along the line – at Epping, Macquarie University, Macquarie Park, North Ryde and Chatswood – will have screen doors along the full length of the platforms to keep people and objects away from the tracks, improving customer safety and allowing trains to get in and out of stations much faster, Ms Berejiklian said.

Ms Berejiklian said buses will replace trains for around six to seven months between Epping and Chatswood and it is possible there will be some changes to the train timetable for a few months before this, while early works are carried out.

Sydney Metro Northwest will connect directly with the existing Epping to Chatswood railway to allow the new trains to operate a distance of 36 kilometres between Rouse Hill and Chatswood. While the second harbour crossing is being delivered, extending metro rail from Chatswood, customers will need to walk across the platform at Chatswood to change to an existing service.

This is what you can expect during peak commute hours — 6-10am and 3-7pm — when the Epping to Chatswood Rail Link is closed:

According to the Sydney Metro website, special works will be implemented across the temporary bus routes to:

Allow more travel time to and from work

Journey times will also be longer. The current train trip between Epping and Chatswood takes 16 minutes.

But some estimates, the all stops bus will take at least 35 minutes. Passengers will then need to connect to city trains easily adding 40 minutes to the daily commute. 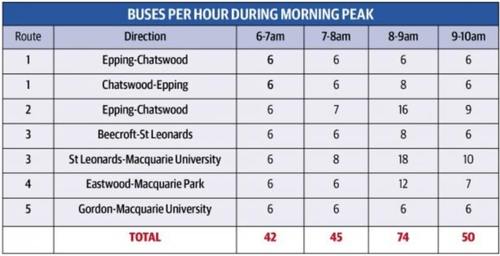 Buses will replace trains for around seven months between Epping and Chatswood from late 2018. Transport for NSW has conducted a detailed analysis of travel demand for customers along the Epping to Chatswood Railway and will continue refining the Temporary Transport Plan (PDF 9.3MB) in the lead up to changes in 2018.

To assist our candidates and clients as much possible during the Epping to Chatswood rail line closure Mayday will share additional information such as bus timetables and alternative routes as it becomes available.

If you’re concerned about how to navigate your work during the closure period please get in touch with one of our Mayday Recruitment consultants here.

Meet November's Lifesaver of the Month